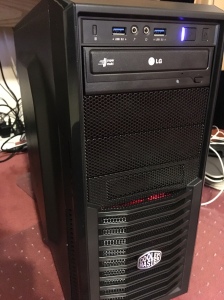 As I regularly do, I went for a walk at lunch time to get out of the office. Around the corner was a computer store who left a basket beside their front door with items to give away. Usually there wasn’t much of interest, however on one occasion there were three identical motherboards wrapped up. They weren’t in their original boxes but appeared complete with CDs, cabling, and back plate. Not giving it much thought I decided to take a chance with them and took two. None of them appeared used but considering they looked to have been over ten years old they could have been complete duds.

When I got the motherboards home, a more thorough inspection indicated they were Socket 775 motherboards, though older than expected. They were the Intel D945GTP dating back to 2005 supporting the Pentium 4 ‘Prescott’ and Pentium D ‘Presler’ processors. The later Core 2 processor family were not supported. Nevertheless, for what they were I decided these could be the basis for a Windows XP-era gaming machine.

Having little spare parts from the 2000s era, I went online and sourced parts over a period of time. Not a lot of money was wanting to be spent; it was still unknown if the motherboards even worked. 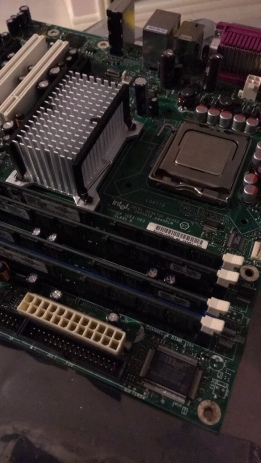 Intel D945GTP Motherboard (Free) – As mentioned it’s an older Socket 775 motherboard in the micro ATX form factor. Supporting up to 4 GB DDR2 667 MHz RAM, 4 SATA drives, and Intel GMA950 for onboard graphics, there’s nothing particularly interesting with it. At least there was a PCI Express 16x slot.

Intel Pentium D 925 CPU $5.70 AUD – Bottom of the barrel stuff. Considered too old for modern computing, yet too new for retro computing, these get left behind. This chip rated at 3 GHz with 4 MB L2 cache was the dual-core variant of the Pentium 4 ‘Prescott’ series. Like the Pentium 4, these also gained the reputation of running rather hot. 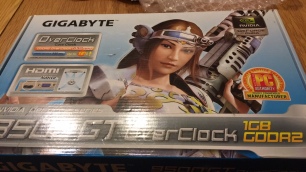 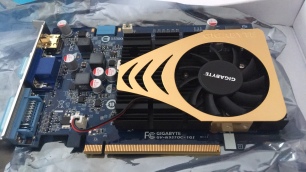 1 GB Gigabyte GeForce 9500 GT $30 AUD – Brand new in box, this was released in 2008 as a rather low-end GPU. The aim was to purchase from the 9000 series to keep it relatively in line with the other hardware and intended games. 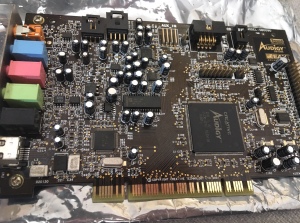 Creative Sound Blaster Audigy (Free) – Acquired some time ago and decided to toss it in as an improvement over the on-board Sigmatel sound, or at least for the EAX support.

Cooler Master K282 $59 AUD – New cases with front drive bays are dwindling, in favour of cooling and RGB effects. This seemed to be a good choice for the intended build; no one is going to sit looking in awe through the side panel for a PC like this. A reasonable case for the price, the main criticism from me is the lack of SSD mounts. At the time of this post, the case had recently became no longer available for purchase.

Assembling the PC was trouble free though there were a couple of caveats. As expected, the new case having USB 3.0 ports located at the front won’t connect straight into an old motherboard with USB 2.0 so the ports were left unplugged in the interim. The main issue that isn’t quite as easy to resolve is after inserting the GPU, the attached heatsink and fan prevents the top PCI slot from being available due to its proximity. This resulted to inserting the sound card into the second and only remaining slot available. Otherwise the GPU’s fan would literally be hard pressed against the sound card which is far from desirable. 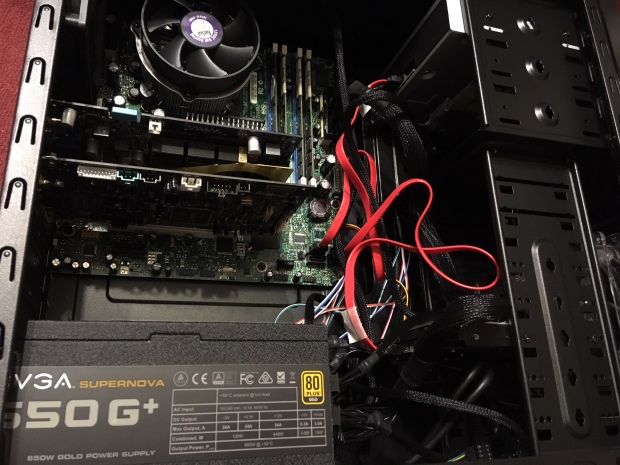 With the PC assembled, it was time to install Windows XP. As Windows XP was originally released in 2001, an IDE hard disk was generally expected for installation. The SATA interface and associated hardware didn’t start popping up until 2003. One of the last reasons to justify having a floppy disk drive was to install the SATA drivers in order to install Windows, else Windows Setup would not detect the hard disk.

Not having a floppy disk drive connected, the alternative is to create an image of the Windows XP CD, slipstream the SATA drivers into the image, and burn the modified image onto a blank CD-R disc. A utility known as nLite makes the process easier for customised installations. Having a USB floppy disk drive connected to my Windows 10 PC proved helpful copying over the drivers from the floppy disk originally provided with the motherboard. From the newly made CD, Windows Setup detected the SATA hard disk and installation went as normal. Windows XP Professional with Service Pack 3 was now installed. I was able to still activate online and retrieve post SP3 updates. Hardware generally had not been detected so went ahead installing the latest drivers available from Intel’s website. For the GeForce 9500 GT, the latest Nvidia drivers were Version 340.52.

As you may have noticed from the photo, an Audigy 2 sound card had been inserted. It didn’t seem to want to come to the party. Maybe I’ve bought a dead card, though will try in another PC just to be sure. The original Audigy card was at least detected which subsequently allowed me to install Creative’s drivers.

The PC itself sounded like I turned on a hair dryer. As I went into the BIOS, the processor was sitting at 62°C (143°F) with its fan spinning full speed hovering around 4,500 RPM. Connected to the motherboard, the front and rear fans on the case mostly sat idle. I went ahead with connecting both fans directly into Molex connectors to the power supply. While it meant the fans would not adjust their speed, this simple change made a noticeable improvement to the ambient and processor temperatures. From 62°C the processor went down as low as 48°C (118°F).

The BIOS version dated back to the board’s manufactured date of 2005. I went ahead with installing the latest version released in 2009. This caused mixed results by increasing temperatures towards what was originally experienced, though now the fan speed on the processor’s heatsink had gone down by half at around 2,300 RPM, reducing noise to almost non-existence. The Pentium D were generally operating on the warmer side, though had I had access to a better heatsink there would be some room to push the temperature back down.

Before and after BIOS update.

Overall running Windows XP on this PC was quick and responsive. An SSD just didn’t feel that essential for a speed boost.

Whilst I suss out additional games I did pick up some titles so far – Grand Theft Auto: San Andreas, Microsoft’s Age of Empires III,  and The Elder Scrolls IV: Oblivion. I tested these on a 1,680 x 1,050 resolution monitor incidentally of a similar age, with all options turned up. Whilst I didn’t bother looking into proper benchmarking due to time constraints, the games all the same were rather playable and with little loading times. Ever so slightly frame rates appeared to drop in Grand Theft Auto though only when driving a car at high speed. Coming in the mail is Doom 3 BFG Edition which I don’t envisage having issues with.

For those games released between the years of 2001 to 2007, when all that was needed was popping in a DVD without the need for online services such as Steam, this PC fits the bill! 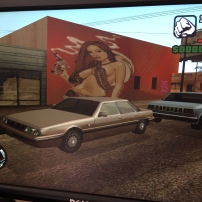 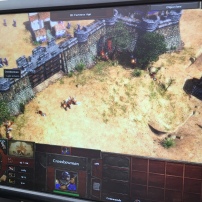 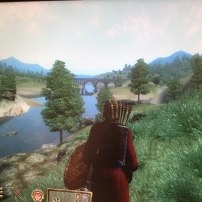