Microsoft Office for the Macintosh always felt kind of second-rate compared to its Windows counterpart. Microsoft Access never made it, hence no Professional edition available. The exception being with Office 2004 for the inclusion of Virtual PC. The e-mail client changed relatively frequently, whilst Windows users have been using Outlook since Office 97. Within the ‘Office family’ is Publisher, Visio and Project, where the former two didn’t come across to Mac, while the latter was short-lived in the early 1990s.

Interestingly Office’s roots stem from the Macintosh. During the late 1980s Microsoft did well selling individual copies of Word and Excel on the platform, comparative to their PC-based releases. Then in 1989 Microsoft Office 1.0 (originally known as The Microsoft Office) was first distributed, comprising of Word 4.0, Excel 2.2, PowerPoint 2.01, and Mail 1.37 that would run on Apple’s System 6. Five years later would see this version, 4.2, that would generate plenty of resentment amongst Mac users.

END_OF_DOCUMENT_TOKEN_TO_BE_REPLACED 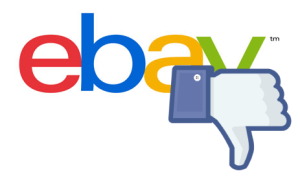 On April 30, 2004, I officially joined the growing number of users on eBay. Initially the first few years my account wasn’t particularly active, and it was only to purchase random cheap stuff. At the age of 19, priorities certainly weren’t on purchasing old computer bits and pieces.

This decade though the account has been more active, both for buying and selling. The buying experience has generally been positive, with only the occasional hiccup along the way. There was a time I successfully bid on some enterprise level software, including an early version of Microsoft Exchange for the lowly amount of $1. The software was never received and the seller was not responding – I guess they felt it wasn’t worth it.

END_OF_DOCUMENT_TOKEN_TO_BE_REPLACED

Three years ago I came across an interesting paper written up by a Microsoft employee, Kent Sullivan, on the process and findings of designing the new user interface for Windows 95. The web page has since been taken down – one reason why I’m a bit of a digital hoarder.

It specified some of the common issues experienced from Windows 3.1’s Program Manager shell and looked at the potential of developing a separate shell for ‘beginners’. Admittedly my inclination was that this was possibly inspired by Apple’s At Ease program that was reasonably popular during the System 7 days. I remember At Ease well during my primary school years, so kids couldn’t mess with the hard disk in Finder.

So here’s what Kent had to say verbatim in his paper titled “The Windows 95 User Interface: A Case Study in Usability Engineering” so it’s not lost altogether.